Find this article at:
go.ncsu.edu/readext?497853
— Written By Crystal Starkes 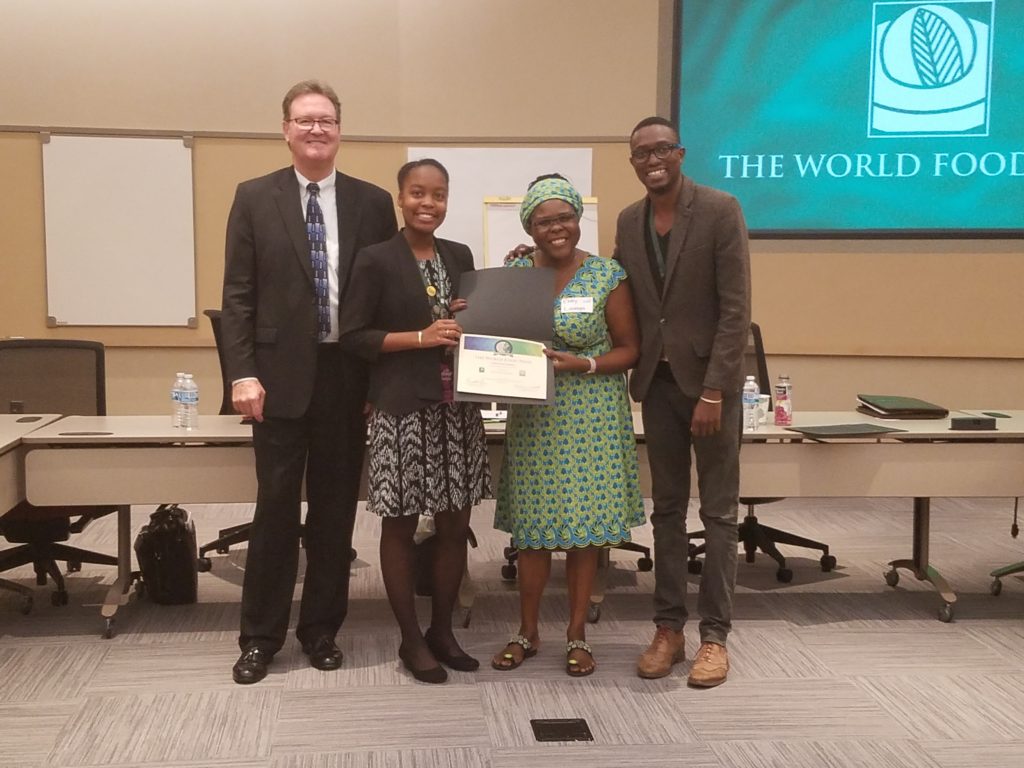 4-Her Erin with the panel of experts

High school students from 27 states and territories and nine countries were selected to attend the 24th Annual Global Youth Institute October 19-21st in Des Moines, Iowa. Erin Blanding from Sun Valley High School in Indian Trail NC was among the 200 students selected to attend the prestigious three-day conference. Blanding engaged with global leaders in science, policy, and industry to discuss the world’s most pressing challenges in hunger and poverty. She was one of four North Carolina youth attending the institute along with Crystal Starkes, Union County 4-H Agent, NC Youth Institute staff, and teachers/mentors.

In order to participate in the program, students research and write a paper on a topic affecting food security in a developing country and provide recommendations on how to better the lives of a typical family in the country. Once accepted, students are invited to attend the three-day event and engage in hands-on activities and service-learning projects that allow them to reflect on their unique role in addressing challenges related to agriculture, policy, science, industry, and hunger relief efforts both in the U.S. and abroad. 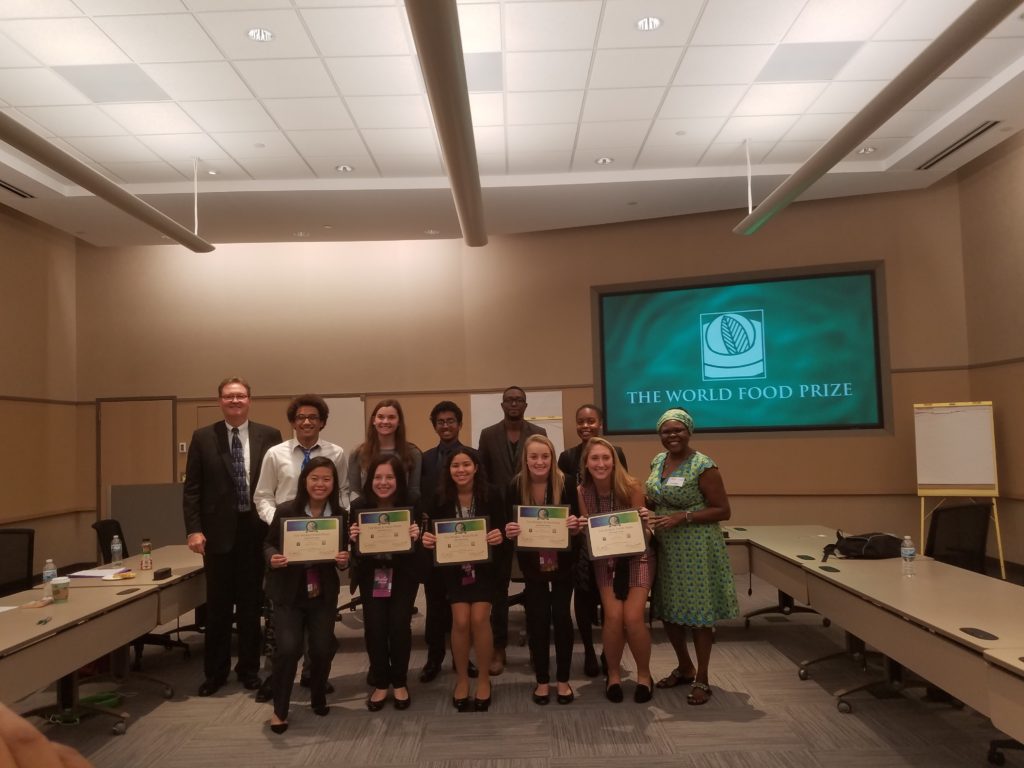 At the Global Youth Institute, Blanding interacted with young leaders from around the US as well as nine other countries including Canada, China, Bangladesh, Brazil, Ghana, Kosovo, Mexico, Pakistan, and the Philippines. The World Food Prize Foundation also announced plans to expand its youth programs outside the US with the launch of the first international youth institutes in the Netherlands and Nigeria in summer 2018.

Created by Dr. Borlaug and Iowa businessman and philanthropist John Ruan in 1994, the Global Youth Institute receives major support from Clay Mathile and the Mathile Institute for the Advancement of Human Nutrition. The program was developed to challenge and inspire participating student and teachers to identify innovative strategies to alleviate hunger and to expose the students to opportunities and careers in food, agriculture and natural resource disciplines. Of the students who complete the program, about 92% go on to pursue college degrees in agriculture and science and 77% choose careers in agriculture, STEM and other fields critical to the fight against hunger. The Institute also boasts an impressive, two-thirds participation by young women. Dr. Borlaug often stated, “I am certain that these students will become the future agricultural, scientific and humanitarian leaders in the fight to end hunger”.

High school educators and students interested in participating in the 2018 Global Youth Institute can visit www.worldfoodprize.org/youth to find their state or country for specific details.

ABOUT THE WORLD FOOD PRIZE: The World Food Prize was created in 1986 by Nobel Peace Prize recipient Dr. Norman Borlaug. It is the foremost international award recognizing individuals whose achievements have advanced human development by increasing the quality, quantity or availability of food in the world. The prize was endowed by the Ruan family of Des Moines, Iowa. Businessman John Ruan III now serves as chairman of the Foundation and Ambassador Kenneth M. Quinn, former U.S. Ambassador to Cambodia is the president of the organization. A Selection Committee of experts from around the world oversees the nomination and selection process, and is chaired by Prof. M.S. Swaminathan of India, who was also honored as the first World Food Prize Laureate. Other past Prize winners include former President of Ghana, John Kufour; U.S. Senators Bob Dole and George McGovern; Nobel Peace Prize Laureate Dr. Muhammad Yunus; Professor Yuan Longping of China and former Executive Director of the United Nations World Food Programme Catherine Bertini.