Asian Giant Hornets Are Not a Problem for NC Beekeepers

Find this article at:
go.ncsu.edu/readext?698768
— Written By Andrew Baucom and last updated by Nancie Mandeville 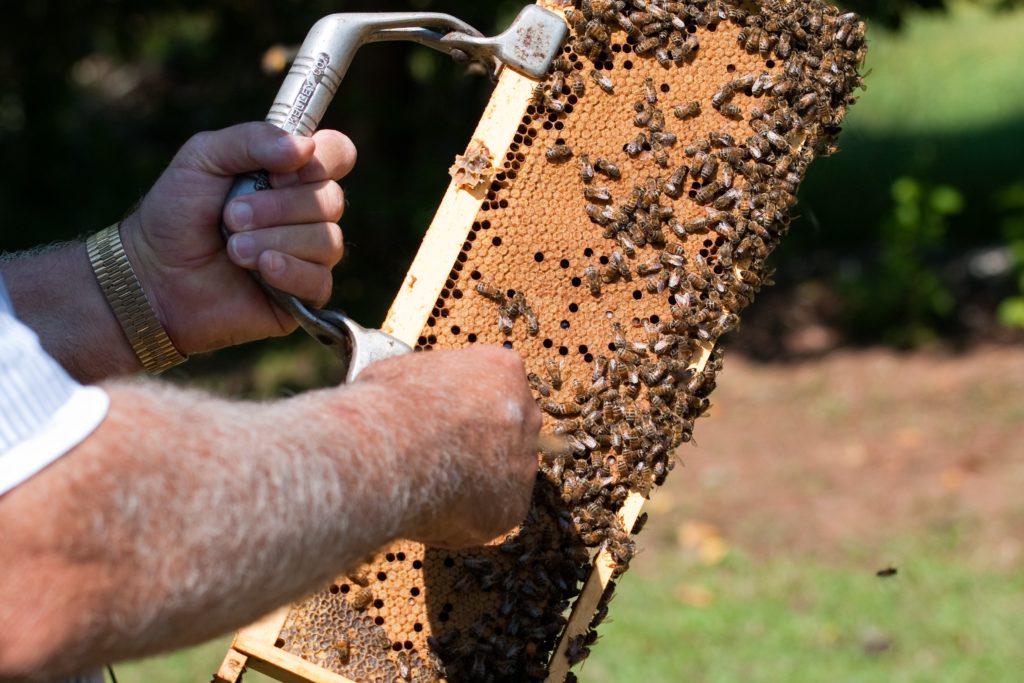 There’s a viral news story circulating about the “Murder Hornet”, the unfortunate moniker of the Asian giant hornet. To the entomology world, this news has actually been told as it was first reported in December of 2019 where a small handful of colonies reported in the Pacific Northwest, and obviously nowhere else near or in North Carolina. As such there are no documented cases of this new invasive insect in North Carolina.

Many folks have been mistakenly confusing the European hornet has this newcomer, as to the untrained eye they look very similar. Rest assured these are different species that we’ve had in North Carolina for quite a while, and they pose no significant threat to beekeepers. Although they can like many social stinging insects pose a minor risk to Public Health. The “Murder Hornet” nickname was coined not only because it rarely kills people but instead because it can prey on honey bee colonies. Like all wasp which are predatory, they collect sources of meat for their protein, unlike bees that collect pollen from flowers and are thus vegans rather than omnivores.

Since honey bee colonies are a convenient concentration of insects, these wasps can target beehives while foraging. Such attacks typically start in mid-summer when the hornet populations are increasing by first snatching a few adult workers from the front entrance. Later in the summer when the Hornet colonies are at their peak they can become bolder. They can decapitate most if not all of the adult workers in a bee colony, and then steal all the larvae leading to the obvious demise of the honeybees often within only a few hours. As such, they should really be called the Arachnoidal Hornets rather than the Murder Hornets.

Interestingly and its native range the Japanese subspecies of Honey Bee have evolved an interesting nest defense against these predators. At the entrance when the Asian Giant hornet tries to enter, some of the guard bees will pounce on the intruder preventing their movement. The bees then exercise their wing motor muscles to generate heat and in doing so they heat the wasp up to a lethal temperature thus killing it. Unfortunately, this behavior is not been reported in the western honey bee.

Regardless, beekeepers can significantly deter and prevent such predation by using robbing screens. While primarily used to deter other honey bees from stealing honey they’re also very effective for hornets and other unwanted guests. The majority of the entrance is screened over with number 8 wire mesh so that only a small gap is open, and its therefore much more easily defended. The entire entrance still admits have odors however so unsuspecting predators continue in vain to get in past the guard bees.

Without using such preventive measures 1000 beehives can be affected each year as seen in Japan. Seeing that they’re not in North Carolina the issue for beekeepers in the state is mute, but it is something to keep on the radar for in the future hope that is several years or decades away even when they get to North Carolina their impact will likely pale in comparison to most of the more immediate problems with which beekeepers are already facing.