Find this article at:
go.ncsu.edu/readext?653265
— Written By Andrew Baucom and last updated by Nancie Mandeville 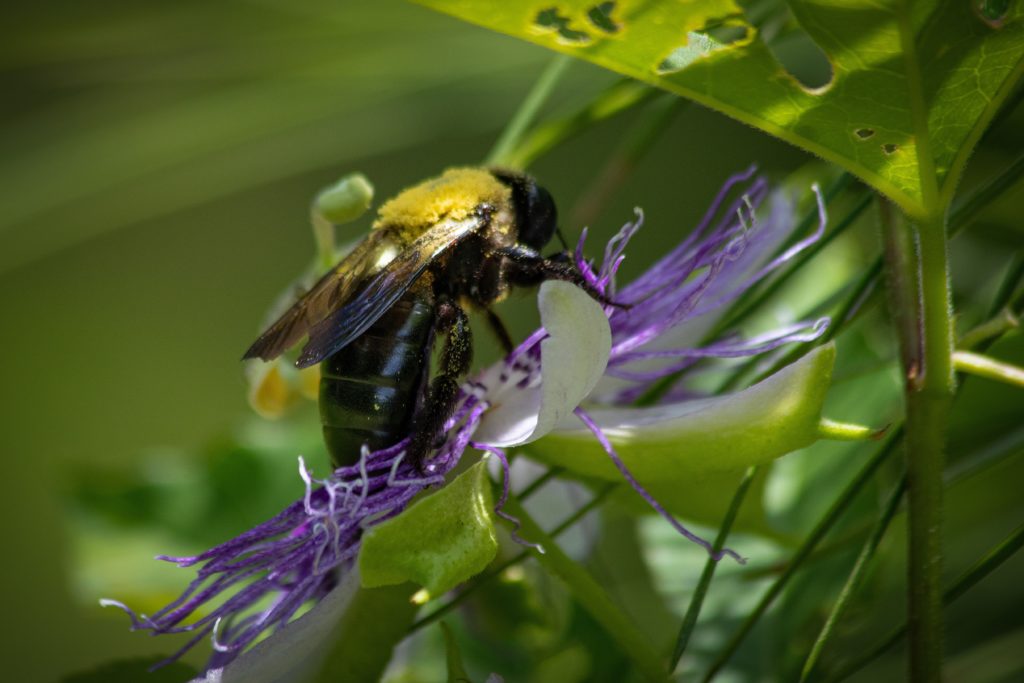 Freshly burned longleaf pine forests have more than double the total number of bees and bee species than areas that have not burned in over 50 years, according to new research from North Carolina State University.

For many forests, fire is as essential as rainfall, and while several studies have outlined the benefits of human-controlled prescribed burns on forest ecosystems, little was understood about how prescribed burns, or fires in general, may impact pollinators.

NC State researchers worked with the Walthour-Moss Foundation longleaf pine savannah reserve, which was established to protect this endangered pine. The reserve regularly burns 90% of its plots in 3-year cycles, while the remaining 10% of plots have not been burned for at least 50 years. This provided an ideal opportunity to compare bee abundance and diversity between unmanaged and managed ecosystems.

Fires maintain openings in the forest canopy, reduce ground cover, and release nutrients into soils at the same time, creating the perfect environment for large blooms, increasing the flower resources pollinators rely on. The study also found that the low-intensity prescribed burns did not reduce the amount of nesting material for above-ground nesting pollinators, and their abundance was not impacted by the fires. Meanwhile, below-ground nesting species appeared to benefit from the increased access to bare soil.