Find this article at:
go.ncsu.edu/readext?798019
— Written By Mikayla Graham (4 weeks ago) and last updated by Elisabeth Purser

Because of the dry weather, corn planting has happened quickly this year. Now plants are growing, and pest management is next on farmers’ to do lists.

One major pest of corn is stink bugs. Corn is susceptible to stink bug damage at three growing stages in the season, and most corn I’ve seen in the county has reached the susceptible early vegetative stage. This stage is from V1 to V6, or from the corn developing its first leaf to having 6 leaves fully developed with the leaf collar exposed.

Stink bugs can cause plants to be stunted or killed during this growing period. It is important to scout for these pests by checking the base of the plant on the stalk below the lowest green leaf. You will want to start on the edges of your field, because if you do not see any stink bugs there, you will likely not find them within the field. If you do see stink bugs on the edge, you will want to venture further toward the center of your field. 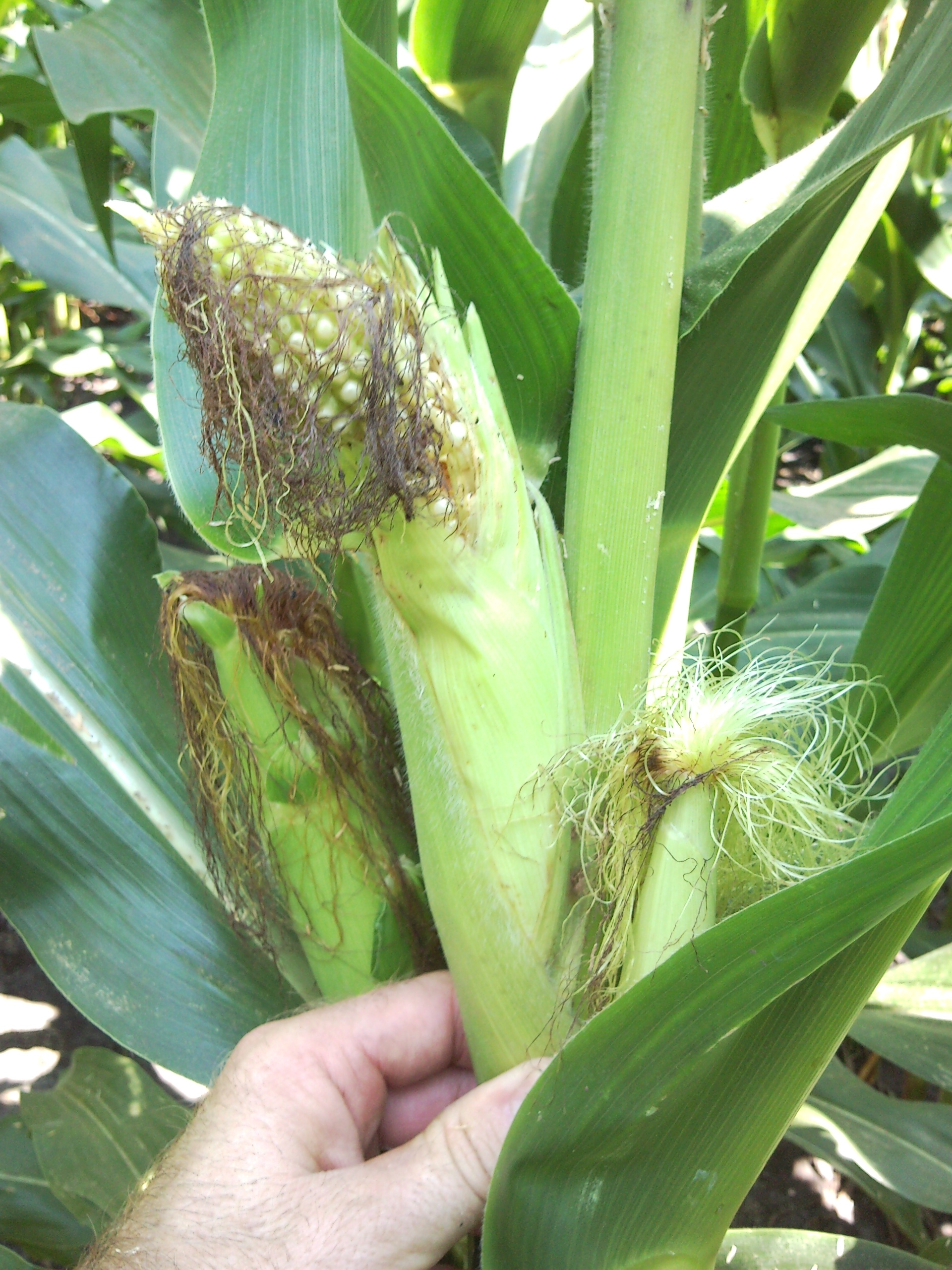 Count the number of stink bugs you see on each plant you choose to sample. If you count 13 or greater stink bugs before you check 100 plants, you should spray. If you check 100 plants and have counted less than 6 stink bugs, you do not need to spray. If you see from 7 to 12 stink bugs per 100 plants, you will want to continue to take more samples to get a better idea of the population in your field and make a decision. Many pyrethroid insecticides are effective for brown stink bugs, but bifenthrin is the most effective. If you have any questions about scouting or treating for stink bugs, please contact Mikayla Graham at 704-441-2624.