Soil: Life Under Your Feet

Find this article at:
go.ncsu.edu/readext?748066
— Written By Mikayla Graham

Have you ever thought about what goes on in the soil? Plant roots and earthworms are probably some of the first things that come to mind, but the truth is, it is much more than that. It is an entire ecosystem, an environment that has major implications on life above ground. The soil has a larger impact on your life than you can imagine!

Of course farmers grow crops, and you can see what is going on above ground. Green plants start as a small seed and grow into larger plants that end up feeding you and your family. But how do these plants grow? The reality is that they need help. Insects like ants, beetles, and earthworms create tunnels in the soil to move around, which allows air and water to get into the ground. Mycorrhizae, a fungus that grows under the surface, connects with the crops roots, allowing them to reach further than they could get on their own. Tiny microscopic organisms, or microbes, break down nutrients in soils, making nutrients available to crops in a way that they can absorb and use them. Actually, there are more living individual organisms in a  tablespoon of soil than there are people on the earth. Crop roots would not be able to move in the soil or absorb the nutrients the crop needs without all of these little creatures working together.

You have probably heard about greenhouse gases in the atmosphere that are decreasing the quality of our air. One of the most commonly mentioned solutions to decrease these gases is to plant trees, grass, and other plants which are able to absorb gases like carbon dioxide. But how do these plants remove so much carbon dioxide? When plants absorb carbon dioxide, they use the carbon to make sugar, or food for itself, releasing the oxygen into the air – also known as photosynthesis. The carbon has to go somewhere after that! So as plants die, they are broken down into organic matter. Organic matter is just a term for the solid carbon that is in a soil. As this process is repeated, this carbon builds up. This results in soils removing up to 25% of the world’s carbon dioxide from the atmosphere every year!

Soil plays a large role in an extremely important ecosystem called a wetland. This is land that is flooded, either permanently or seasonally, like marshes or swamps. Though they do not get as much attention as the very important rainforests of the world, they are being degraded at a quicker rate than any other ecosystem. These environments are home to many organisms like fish and migrating birds, provide tourism and recreational activities, and protect our land from floods and major storms by acting as buffers. Most importantly, it’s been found that these ecosystems can filter and improve water quality. These benefits come from the soil, which makes these ecosystems possible.

Scientists are just beginning to understand all of these complex relationships soil has with our quality of life. As these discoveries are made, changes in industries directly involving the soil like agriculture, architecture, and energy are making changes to protect this valuable resource. For example, the vast majority of Union County field crop producers have “no-till” systems. Scientists have shown that these systems can increase the carbon stored in the soil and support the little creatures living underground. Understanding the impact that soil has on you is the first step in protecting this valuable resource.

“The soil is the great connector of lives, the source and destination of all.” ~ Charles Kellogg 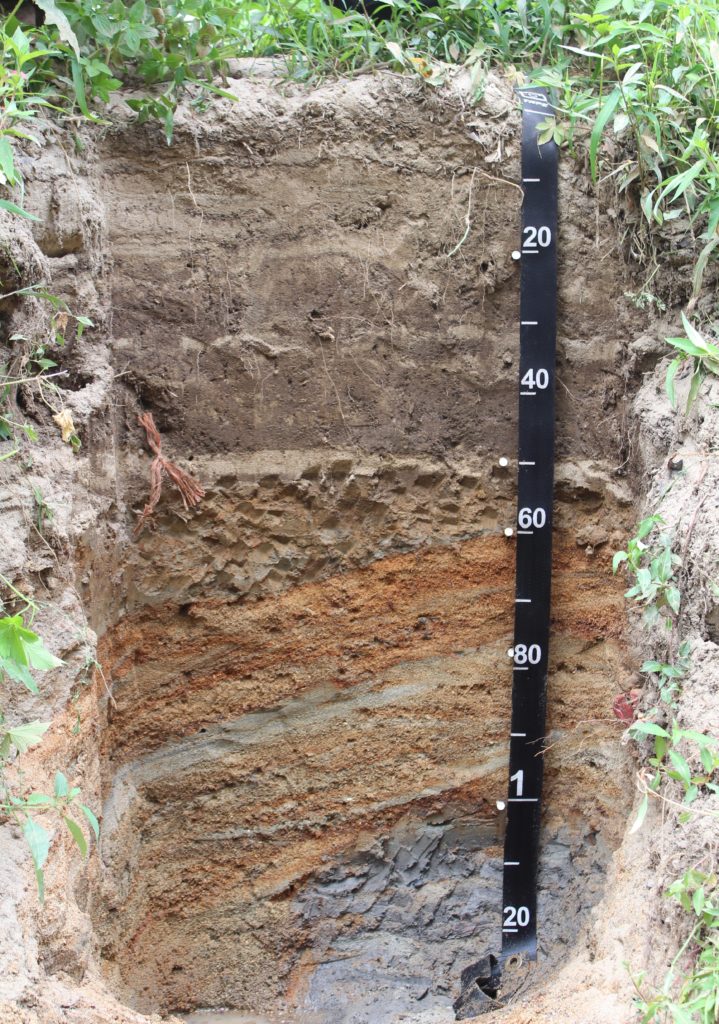