Find this article at:
go.ncsu.edu/readext?629872
— Written By Debbie Dillion and last updated by Nancie Mandeville 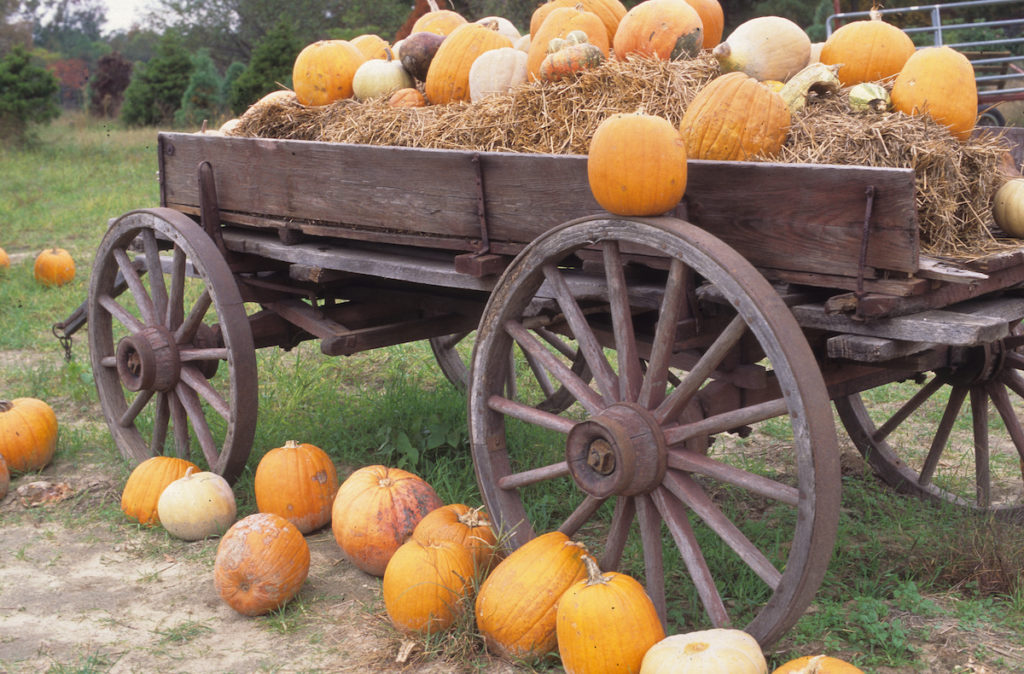 Halloween and Thanksgiving are definitely pumpkin season. Harvest is done and pumpkins are displayed at roadside stands, farmer’s markets, and grocery stores everywhere. Pumpkins were a cultivated crop for native Indians and offered as gifts to the Pilgrims. Their popularity spread around the world and today they are grown on every continent except Antartica.

Pumpkins are a member of the cucurbit family which includes cucumbers, squash, gourds, and watermelons. During the past fifty years, the greater majority of pumpkins were grown to decorate the front stoop at Halloween, rather than for food. Hybridized pumpkins developed for carving needed more upright, tough walls and are too stringy to be really tasty. The Howden pumpkin, developed in the 1960s, has a harder skin better suited for carving and has long been considered the number one commercially grown pumpkin.

Today the public is ever more mindful of healthy, nutritious eating. We are seeing a return to growing more varieties of pumpkins for food. Pumpkins are known to be a wonderful source of antioxidants, high in fiber, low in sodium and contain numerous vitamins and minerals. With the surging popularity, we can find pumpkin soups, pies, muffins, bread, scones, cookies, ice cream, syrup, and yes, pumpkin spice coffee concoctions! Pumpkin is even being used in some trendy lasagna recipes.

The variety of pumpkins found in seed catalogs is amazing. You can find them in every size from very small at three inches and less than a pound, to seeds for growing giant pumpkins for those who like to compete at county and state fairs.

Visiting a pumpkin patch, picking apples, and finding your way through a corn maze can become a wonderful family tradition. To find one near you, visit Pumpkin Patches and More.

This has been Debbie Dillion reporting for N.C. Cooperative Extension of Union County.